15 Facts About the Art World: Ridiculous, Surprising and Impressive

Art has been a part of humanity since the earliest cave paintings of 35-40,000 years ago. Today, art can be used as a tool to influence society, to bring us a feeling of pride or sorrow and is unrivalled in its ability to capture human emotion. Female artists have used the platform to fight for gender equality, and politically active painters and sculptors have used their talents to challenge governments and regimes for centuries.

For all that art is an exceptionally potent and powerful platform, the history of art and artists is also replete with ludicrous stories and little-known facts and factoids. While all forms of artistry must be appreciated professionally, we should also take the time to look at some of the artistic quirks and coincidences that have happened over the years.

Whether they make you laugh, smile, raise your eyebrows or just think “oh”, here’s a run-down of some of the art world’s finest foibles and surprising secrets. 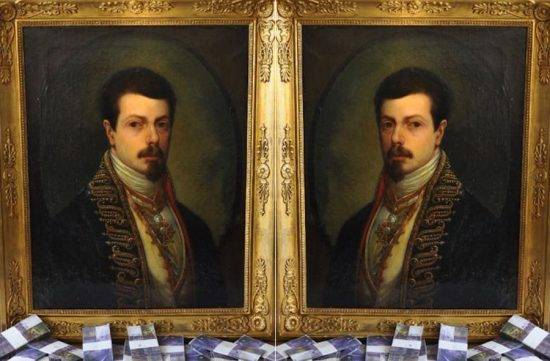 The Persistence of Memory

First on the list is the most famous piece of work by the mercurial, self-admiring genius Salvador Dali. You remember those iconic, languidly drooping clocks which he conjured up from that vast, scintillating imagination of his? The Persistence of Memory was actually just a normal landscape painting until, after bailing on the cinema with a sore head, he drew inspiration from the warm, melting camembert on the kitchen counter. He added the clocks straightaway and the rest is history!

Lucy Gafford is an incredibly talented artist who personifies the idea that you don’t need grand resources to make great art. For her tool of choice, Lucy opts for the loose hairs which clump together in the shower drain. You can see her Shower Hair Masterpieces on twitter - she certainly gets points for originality!

In one of the most hilarious double-bluff scams of recent times, two brothers sold a fake Francisco de Goya for an hearty €1.5 million - only to discover in a Genevan bank that the notes themselves were just photocopies. There’s a lot to be said for honest labour when you hear a story like that - just desserts spring to mind.

In an act of defiance or self-confidence, and maybe a sliver of adolescent brazenness, Polish student Andrzej Sobiepan hung one of his own paintings in the National Museum of Wroclaw! The painting lasted 3 days before being noticed. Charmed by Andrzej’s audacity, the museum director let the painting stay - in the cafeteria! 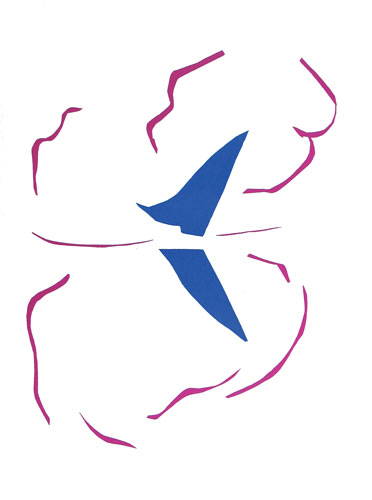 Vincent Van Gogh, the legend himself, whose works are now worth near-uncountable millions, sold only a single painting during his lifetime. It was to a fellow artist called Anna Boch and went for about $1,000 in modern money.

Le Bateau, a famous piece by artist Henri Matisse, was hung upside down in the Museum of Modern Art (New York) for 47 days until a visiting stockbroker pointed out the error.

Leonardo DiCaprio, the iconic actor and environmentalist, was in fact named after the ingenious artist Leonardo Da Vinci; his mother felt the baby kick when looking at a portrait of Da Vinci in Florence and his father took this as a sign.

Banksy, the prolific and anonymous street artist from Bristol (UK) painted a huge mural on the side of a house; the house struggled to sell, but the owners have managed to auction the mural (with the house thrown in for free) for more than the market value of the property!

Franklin D. Roosevelt passed away while sitting through a portrait session with Elizabeth Shoumatoff. The unfinished canvas was aptly named “The Unfinished Portrait of FDR”.

A Da Vinci Masterpiece, thought lost to time, may be hidden behind a full-wall mural in Florence. Since the mural itself is a priceless piece of work by the genius Da Vinci, no one will consider breaking through it to find out. It’s like Schrodinger's Lost Masterpiece!

The world-famous sculpture David by Michelangelo was created from a marble slab that two veteran artists had attempted to work with in the past. Both deemed it “too difficult to sculpt” but Michelangelo made short work of the stuff, creating a masterpiece in the process.

A 73-year-old man living in Japan, Mr Tatsuo Horiuchi, makes the most splendid works of art... on Microsoft Excel! That’s right. Enamoured by its cheapness compared to expensive editing software, he has spent the last decade (and a bit) honing his exceptionally unique craft with incredible results.

Vincenzo Peruggia is a household name among many art enthusiasts. In 1911 he accomplished a magnificent feat of treachery: he walked into the Louvre and returned, some minutes later, with the Mona Lisa under one arm. He held the painting for two years and only got caught when the curator of a Florentine Museum outed him to the police (Mr Peruggia had tried to pass the painting onto the curator as, in his opinion, it belonged in Florence).

Our final piece of interesting - if practically unhelpful - art trivia maybe should have been logged under the “ridiculous” banner, but it really is impressive too. In the 1950’s there lived an immensely talented chimp, named Congo, who created over 400 paintings in London Zoo. More than that, he would go crazy if his canvas was removed before he was done, and once he decided a piece was complete, no amount of bribery or encouragement would make him pick up his brush again!

The art world has an exceptionally varied and wonderful history, and we’ve barely scratched the surface. Can you think of any good ones we’ve missed out here?