Art and the Human Brain: Crossed-Wires and Bright Lights

It is theorized that the very earliest cave paintings, etched into stone walls by ancient shamans using rough charcoal and iron-rich ochre, were meant to symbolize visions or dreams. The link between the human psyche and art is profoundly complex and little-understood, but modern technology is beginning to cast a faint ray of light on what happens when we experience art.


A Long-Lost Loved One, or Pretty Landscape? 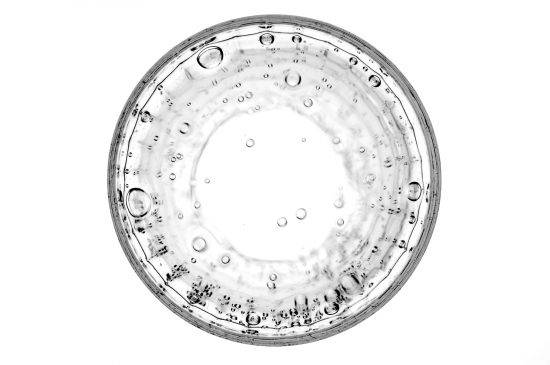 A few years ago, the Chair of Neuroaesthetics at University College London, Professor Semir Zeki, conducted an experiment wherein subjects were hooked up to sophisticated Magnetic Resonance Imaging (MRI) equipment, designed to observe and measure blood flow throughout the brain.

The test subjects were shown 30 different paintings, each by one of history’s most celebrated artists; naturally, the subjects themselves had little or zero knowledge about the art world. Each painting was displayed for 10 seconds, and the MRI machine monitored the change in blood flow inside the medial orbit of frontal cortex, the part of the brain associated with pleasure and desire.

The reactions were immediate. As soon as a painting which the human guinea pig liked or enjoyed was viewed, the blood flow increased markedly. Even better, the increase was proportional to how much they liked the painting (and vice-versa, with a decrease in flow for less pleasant work) and the nicest pieces provided the same biological response experienced when seeing a loved one after an extended period.

A similar experiment using MRI involved asking test subjects either to simply look at a painting, or to look and provide some analysis of it. In both cases, the subjects’ brains were stimulated in the areas responsible for visual understanding and object recognition (naturally) but also those parts related to learning, emotions and internal thoughts.

It would seem that casting our eyes onto an unremarkable piece of art is enough to trigger the deepest parts of our own consciousness.

Rembrandt Harmenszoon van Rijn (known professionally as “Rembrandt”) is one of the history’s more exalted painters. In a fascinating study, genuine Rembrandt portraits were displayed alongside those of his exceptionally talented students.

When tested without prior knowledge of the painter, the subjects’ brains showed minimal activity when looking at either a real or fake Rembrandt; similar portraits received similar responses. However, when the artist behind that painting was revealed, Rembrandt or student, the brain’s response was fascinating.

When exposed to a real Rembrandt, the orbit of frontal cortex (associated with reward, pleasure and financial gain) exploded with activity. We believed the work should be worth more, therefore we were more excited by the artwork even though previously it triggered virtually zero response. This same response was evoked when subjects were looking at a fake but told it was a Rembrandt original.

Is our perception of artistic value truly dictated by quality, or just what we’re told by others?

When told that the painting was not an original, despite its excellent quality, we again experienced a surge in brain activity as subjects’ attempted to find the flaws and blemishes which would detract from the value of a real Rembrandt.

Consider Michelangelo’s fresco, The Expulsion from Paradise. Witnessing the helpless and utterly defenseless manner in which Adam holds his wrists causes an activation in our own muscles – those which control our own wrists – as if we ourselves are experiencing Adam’s discomfort.

This effect, known as embodied cognition, has been observed in many different areas, and highlights yet another link between our brains and the stirring, powerful effects of masterful art. Another connection which is, at this early stage, woefully little understood.

Our biological response to art is clearly unpredictable. On the one hand, beautiful art can cause our bodies to experience pleasure akin to seeing our loved ones after time apart; on the other, we rate artwork more highly if we’re told that it’s better, or created by a famous artist.

Art and the brain are intrinsically linked, and it will be some time before we have even a moderate grasp on how that connection works. While the researchers go to work, let’s carry on experiencing striking artworks, stimulating our medial orbitofrontal cortexes and enjoying the power which artists have over our little brains.