Minimalist Art: When Less is More

Sometimes it’s a square on a blank surface. Other times it’s a set of carefully arranged neon lights or metal cubes placed on the gallery floor. Regardless of the form, minimalist art often confuses people, who question its meaning and relevancy. Simple and unpretentious, often made of industrial materials, minimalist art baffles the viewers, who often wonder why exactly, are these “lines and cubes” even considered art. In this blog post, we’ll help you understand all those puzzling art pieces, so you can enjoy the aesthetics of minimalism, just as much as we do. 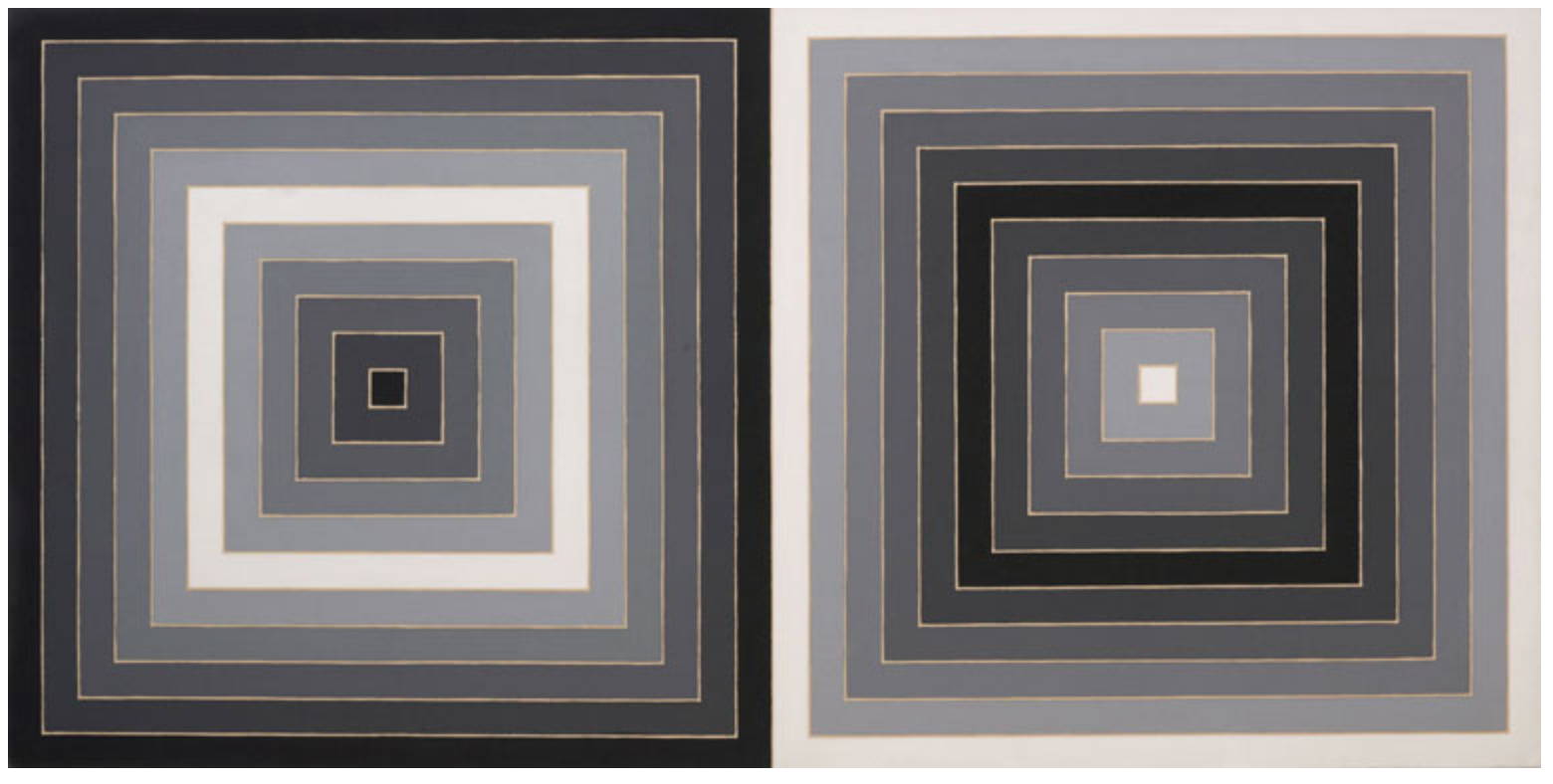 
What is Minimalist Art?

Rather than representing something from the outside world, (a person, a landscape, an item, a symbol, etc.), minimalist art pieces represent a reality of their own. Minimalist artists have introduced a revolutionary idea, that the material and medium of the artwork, are its only reality. The emphasis is on viewers’ immediate response to what’s in front of them - the material, the form, colors, and texture of the painting, and not the artist’s expression.

Instead of making art inspired by emotions, events, or experiences, minimalist artists create works that are impersonal and as neutral as possible. In order to achieve the qualities of neutrality and impersonality, artists try to remove any trace of self-expression from the artworks (including composition, themes, social commentary, metaphorical associations, references, sentiments, etc.)

That’s why, many artworks have geometric repetitive forms that can’t be misinterpreted as representations of the outside world. Since abstract minimalist art is meant to be impersonal, the artists are known to use monochromatic primary color pallets as they are considered the most neutral of colors.

Another way of eliminating the evidence of artists’ involvement is by using readymade, shop-bought materials. Artist Dan Flavin, for instance, used factory manufactured fluorescent bulbs to create his minimalist art pieces. Gerhard Richter, on the other hand, used glossy enamel paint to replicate industrial paint sample cards, he saw at a hardware store.

Celebrated American painter, sculptor and printmaker Frank Stella is responsible for the renaissance of minimalist art in the contemporary art world. His 1958 series of black enamel stripe paintings, was created as a response to Abstract expressionism, a popular art movement that used art to express emotions. In the meantime, minimalism has expanded way beyond visual art and has encompassed almost every sphere of our lives. Minimalism has found fruitful fields in architecture and design, and its traces can be found in other arts as well, including music and literature. 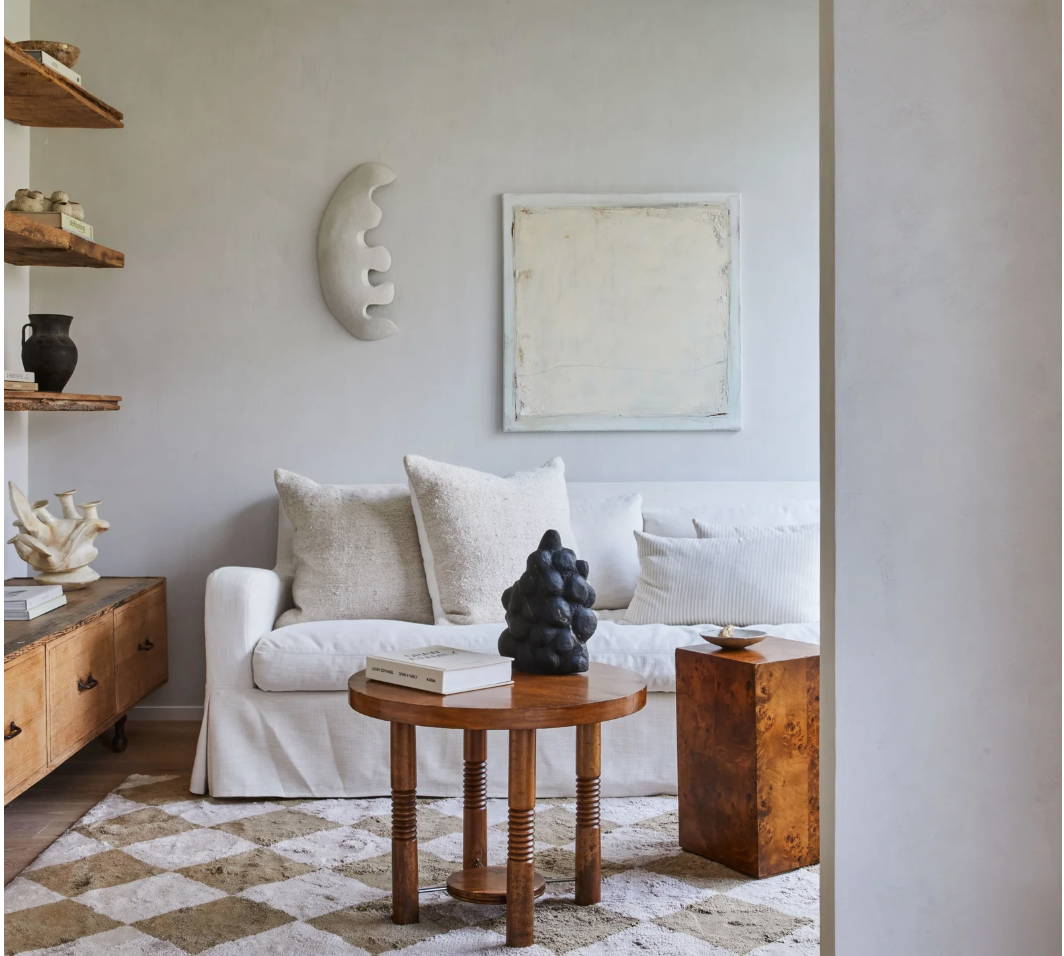 Minimalist art can fit perfectly into any interior design project, as it is very space aware (created to engage with the surrounding space). Minimalist artworks accentuate the architecture of a place, whether it’s a gallery, home, or an office. Minimalist art placed in corners, walls or the floor makes the residents aware of the space they are in, and other elements that surround them.

Minimalist art comes in all shapes and sizes making it highly adaptable, and easy to incorporate into a variety of spaces. Minimalist art can add color and liveliness to your interior, without distracting too much from other elements in the room. Instead of cluttering a space, minimalist art features clean lines and texture, which create a calming and inviting atmosphere. Looking at minimalist pieces is known to relax a viewer, and spark creativity and contemplation, making it perfect for office areas.

The colors, lines and silhouettes of minimalist art pieces, can create a visual link between different elements of the room and bring the entire space together. And since minimalist pieces go along great with other types of artworks such as landscapes, portraits, figurative pieces, they offer a lot of opportunities for mix and match.

An object made of paint, canvas, steel, and other materials. By focusing on these essential elements of an object, viewers can project their own emotions, stories, and ideas onto the art piece. This makes minimalist pieces a great option for new collectors, whose knowledge about art history and the art market is limited.

Also, minimalist art comes in a variety of forms, from paintings to sculptures, prints, photography, and much more. The prices also vary a lot depending on the medium, material, and the reputation of the artist. This leaves you with a lot of versatile artworks for collecting, and you can easily pick the perfect piece that fits your specific desires, taste, and your budget.


Minimalism as a Lifestyle

For many people, minimalism has become a way of life. In a world where there’s an abundance of products, services, information, etc., people are increasingly craving for a more simple life. They reject all redundant possessions and focus on things they really need. Minimalist art pieces complement this lifestyle to perfection. By shying away from complex ideas, concepts, and compositions, and focusing on simplicity, symmetry, and harmony, minimalist artworks can help you create a relaxing oasis, free from the stress of everyday life.